Can you help me to find circuits which uses photo-sensors.and if you do have them, would you please send them to me.

Just a few days back i have added one. It is to turn of-on water taps.

Optical Obstacle Switch. – one more here delabs-circuits.com-digital  thru all links in great detail.

Here is an image of a low cost gizmo that applies the photo-sensors to detect motion. They are called motion detectors. 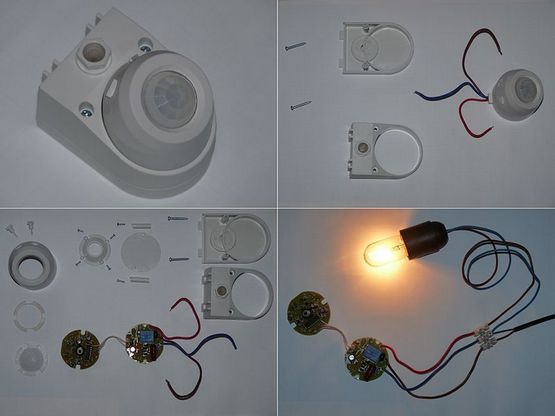 How Infrared motion detector components work – Infrared radiation exists in the electromagnetic spectrum at a wavelength that is longer than visible light. It cannot be seen but it can be detected.

K30 PIR Movement Detector –  This circuit is designed around a custom motion-detection IC KC778B. The circuit utilizes both a PIR (Passive InfraRed) detector and a light-dependent resistor (LDR) to detect motion up to 6 meters away.

The MPCC has been designed for easy implementation of AC control functions that use a Passive Infra-Red (PIR) motion detector. Due to its high sensitivity and reliability, it is also widely used in security product. 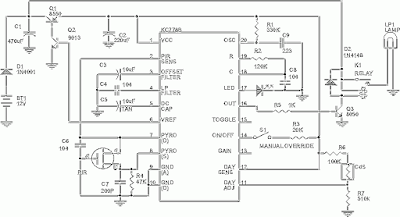 Above is an example of  camp light using the KC778B. Uses battery 12VDC. Internal voltage regulator is used,  but can work down to 7V.

I am working on a project where I am trying to adjust the brightness of a set of LEDs based on the amount of IR light detected.  I have experimented with using a photo transistor, but i can’t seem to amplify the difference experienced enough to visibly change the brightness of attached leds.