The most popular RTD is PT-100, Platinum 100 Ohms, As all Metals have a Temperature Coefficient of Resistance. The Resistance of RTD increases with rise in temperature. 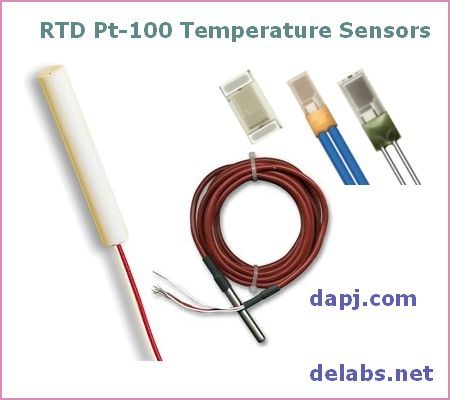 Even Copper wire can be used, but you need to have a very thin and long wire to make usable measurements.

Resistance: Temperature Coefficient – Since the electrical resistance of a conductor such as a copper wire is dependent upon collisional proccesses within the wire, the resistance could be expected to increase with temperature since there will be more collisions

What are RTDs? – in the case of Platinum known variously as PRTs and PRT100s, are the most popular RTD type, nearly linear over a wide range of temperatures

What is a Resistance Temperature Detector (RTD)? – Most RTD elements consist of a length of fine coiled wire wrapped around a ceramic or glass core.