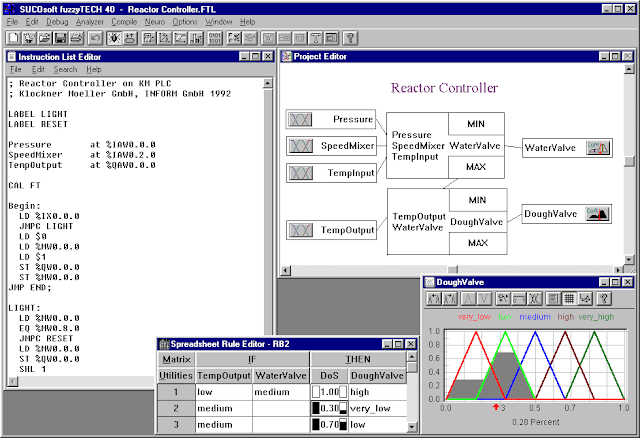 Could you tell me more about Fuzzy logic control, kindly share the web resources with me. Thanks.

some fuzzy logic control Resources in the web

The way that people think is inherently fuzzy. The way that we perceive the world is continually changing and cannot always be defined in true or false statements.

Fuzzy logic starts with and builds on a set of user-supplied human language rules. The fuzzy systems convert these rules to their mathematical equivalents. This simplifies the job of the system designer and the computer, and results in much more accurate representations of the way systems behave in the real world.

Fuzzy Logic is a particular area of concentration in the study of Artificial Intelligence and is based on the value of that information which is neither definitely true nor false.

A logic based on the two truth values 7UXH and )DOVH is sometimes inadequate when describing human reasoning. Fuzzy logic uses the whole interval between 0 ()DOVH ) and 1
(7UXH ) to describe human reasoning. As a result, fuzzy logic is being applied in rule based automatic controllers, and this paper is part of a course for control engineers.