Simon: we have many meanings for saturation,
delabs: means turning on, also means no longer linear, or it is got fixed up, not varying in accordance to any formula

Simon: that is what is concluded of. but we just wanted to be sure.
delabs: like you put salt in water. after some time no more salt can be dissolved, that is the state of saturation, In Electrical, no more relationship with V – I – R. Any increase in voltage or reduction it is same 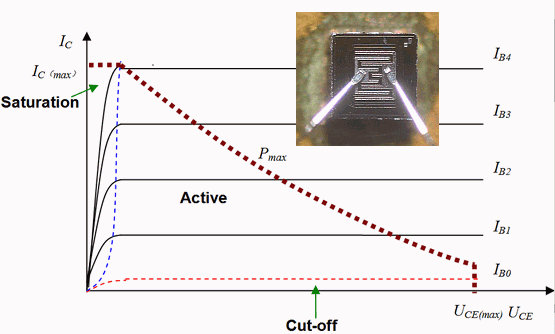 This concludes this episode of Saturated Talk with Simple Simon. Next week, a new Episode which will cover effects of Lightning Bolts.

“Saturation also implies that a large amount of minority carrier charge is accumulated in the base region. As a transistor is switched from saturation to cut-off, this charge initially remains in the base and a collector current will remain until this charge is removed by recombination.”

When a transistor has maximum current through it, it is said to be in a state of saturation (fully conducting).