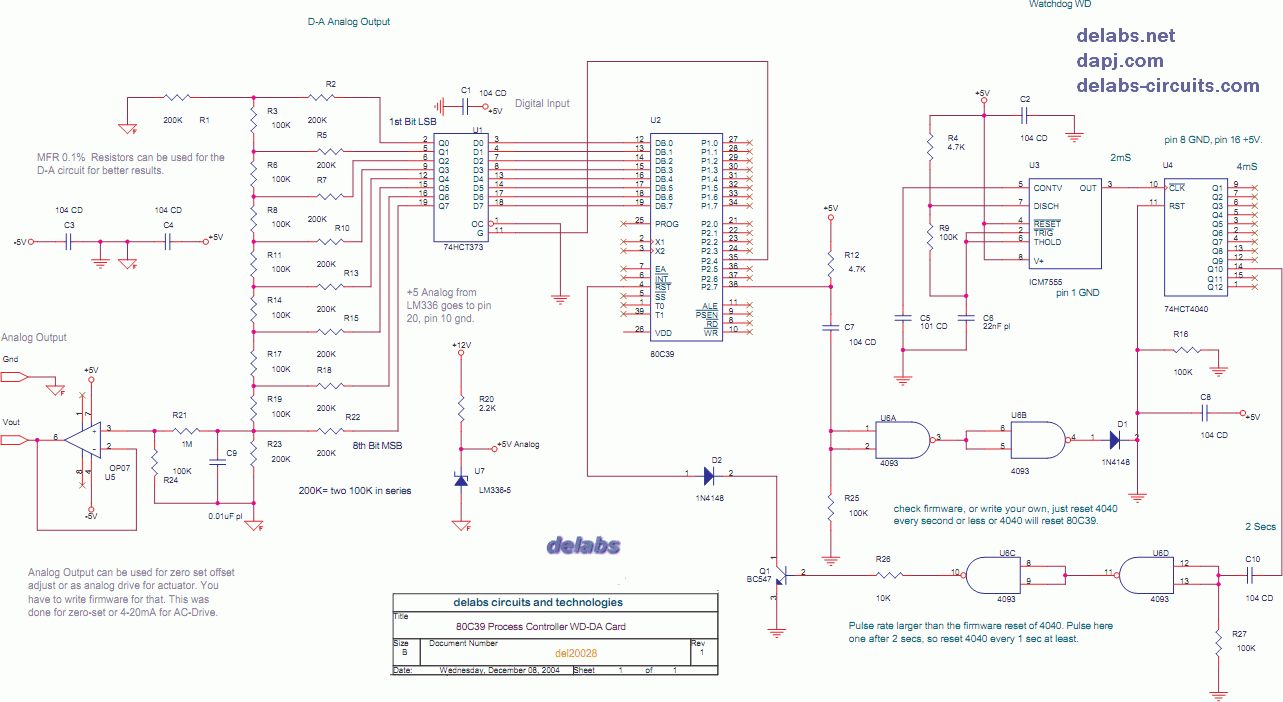 This is the continuation of the earlier post. Part of 80C39 based Process Controller. In this schematic you can see the Watchdog and D/A Converter.

80C39 and MCS48 based Process Controller is the main circuit that has the LED 7 segment display for output and push keys for input. The old form of Human Machine Interface – HMI.

My first observation of a very complex watchdog in action was an Agilent(hp) Benchtop Multimeter based on this 8048 family of 1st generation microcontrollers that did not even have a UART among many things.

At that time CMOS was just making an entry and FLASH memory was unheard of. The UV Eprom was the way firmware was set on these systems. These consumed a lot of power. 80C39 was the CMOS one.

The  4040 counter derives a slow clock from the 7555 timer. The counter has to be reset by firmware by periodically sending a reset pulse on port pin P2.7 to say “Alls Well”.

If the firmware or uC “hangs” or due to EMI or Spikes the uC gets into an endless loop. Then the “Alls Well” pulses stop coming. The 4040 keeps counting till Q10 output goes high and resets the uC or can we say Wakes it up rudely.

The D/A converter was used to get the 1-5 V to obtain 4-20 mA control Signal to operate the Actuators like a Motor Drive or Heaters in a Industrial Process control System.

LED Blitzer is a LED Blinker

Electrical Symbols that you should Know