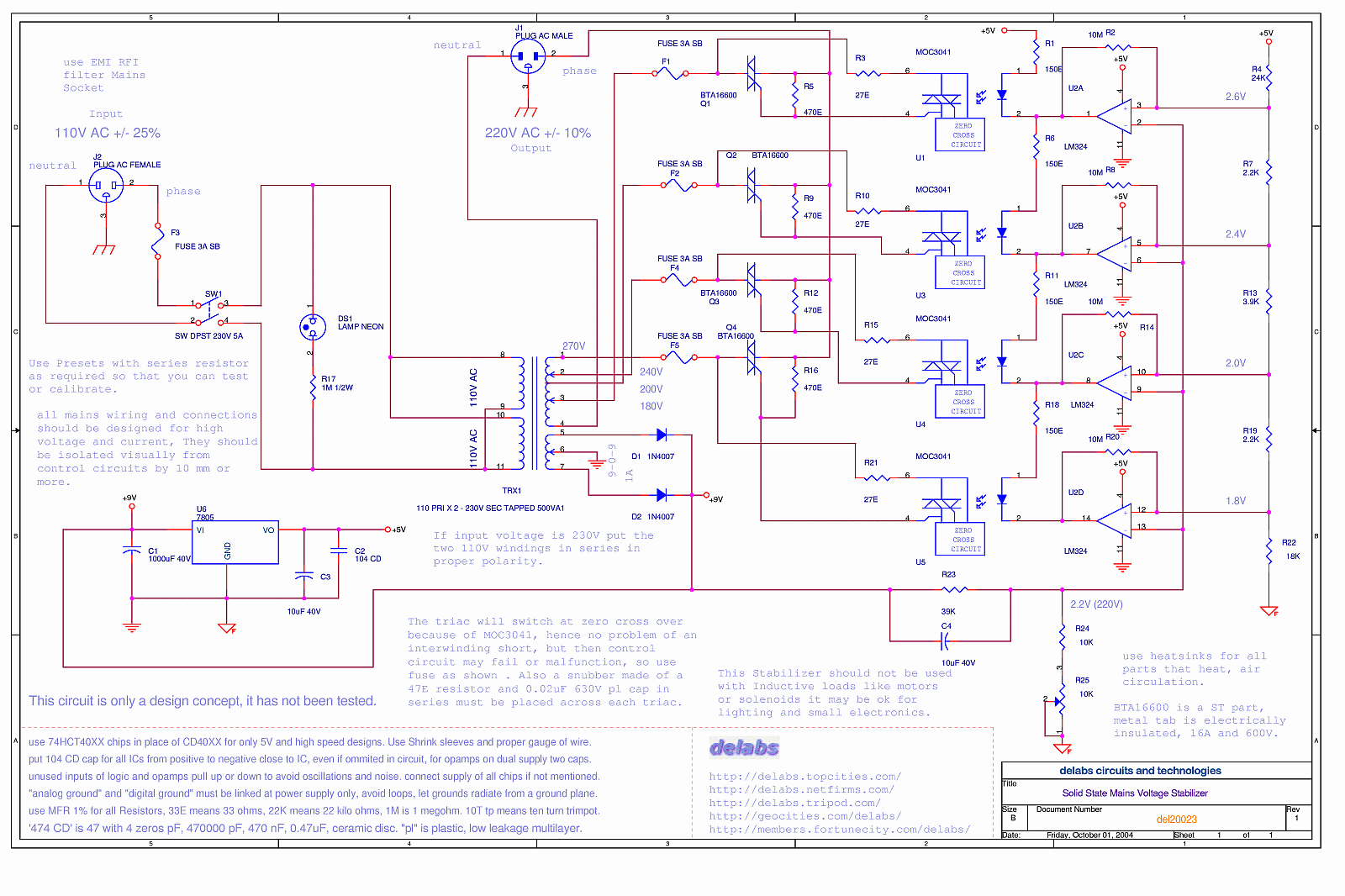 The circuit uses opto-coupler MOC3041 of Motorola and the Triac BTA16-600 of STMicro as a solid state switch or relay. Four Switches boost or buck the mains voltage, keeping output within limits.

It also uses the LM324 quad opamp from National Semiconductor which is low power and single supply. As the MOC3041 switches the Triac at zero crossover there is no inter-winding short of transformer on crossover hopefully, the control circuit is designed in such a way that more than one triac will not be turned on at a time, i would like you to give feedback.

This circuit is a design concept, not tested by me and i did it just to explain some ideas. 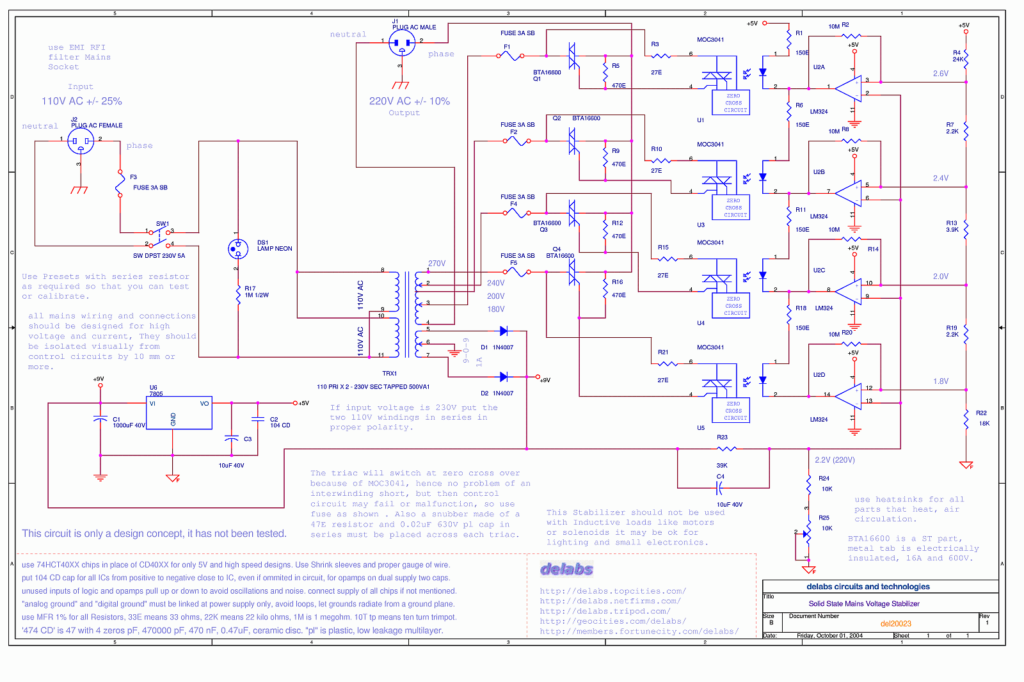 The triac will switch at zero cross over because of MOC3041, hence no problem of an interwinding short, but then control circuit may fail or malfunction, so use fuse as shown . Also a snubber made of a 47E resistor and 0.02uF 630V pl cap in series must be placed across each triac.

Use heatsinks for all parts that heat, air circulation. Use Presets with series resistor as required so that you can test or calibrate. This Stabilizer should not be used with Inductive loads like motors or solenoids it may be ok for lighting and small electronics. If input voltage is 230V put the two 110V windings in series in proper polarity. BTA16600 is a ST part, metal tab is electrically insulated, 16A and 600V.

All mains wiring and connections should be designed for high voltage and current, They should be isolated visually from control circuits by 10 mm or more.