Walking is a Source of Energy that can be Harvested to Power LEDs or Wearables. It may one day Recharge your Smartphone or tablet. Just start running when the Battery goes low on your Phone. –

A question in the G+ Community lead to a study of resources in the web for this college project. 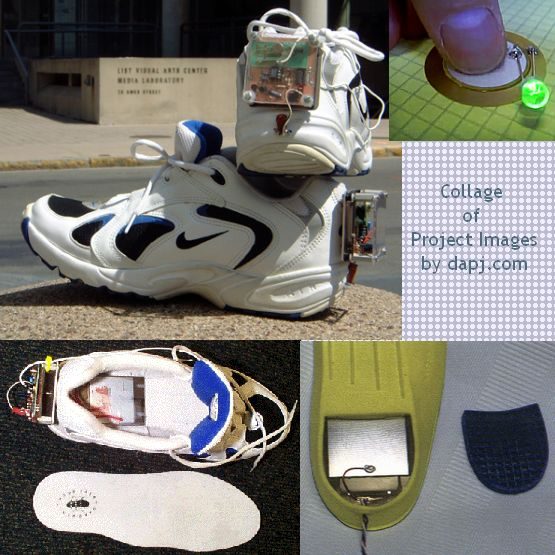 “environmental energy sources can begin to replace batteries in certain wearable subsystems. In this spirit, this effort has examined devices that can be built into a shoe, (where excess energy is readily harvested) and used for generating electrical power “parasitically” while walking.”

“Abstract of pdf below — Much energy harvesting research has been conducted with ceramic based piezoelectric transducers on account of their relatively large electrical response to mechanical excitation. However, notwithstanding their comparatively low piezoelectric coefficients, piezoelectric polymers too hold promise as energy harvesting materials due to their flexibility and strength which make them ideal candidates for use in more diverse applications. “

“The energy harvester devices are capable of capturing environmental energy and supplanting the battery in a stand-alone module, or working along with the battery to extend substantially its life. Vibration is considered one of the most high power and efficient among other ambient energy sources, such as a solar energy and temperature difference.”

Piezoelectric materials (PZT) can be used as mechanisms to transfer ambient vibrations into electrical energy that can be stored and used to power other devices. With the recent surge of micro scale devices, PZT power generation can provide a conventional alternative to traditional power sources used to operate certain types of sensors/actuators, telemetry, and MEMS devices.

“i started by looking at the self-powered shoe from Responsive Environments group and wanted to acquire a large piece of piezo film that could be embedded in the sole of a shoe. After consulting with Mark Feldmeier, I learned that the piezo elements large enough to generate enough power for the shoe would be too expensive to use if I wanted to make more than just a single prototype.”